She’s not that innocent either. Little Britney, who stars in a riveting Nickelodeon kids show, demonstrated her firm family roots in the most heinous family to hit Hollywood since The Addams’. It’s a blah story so I will not subject you to the fake morality and armchair criticism that comes immediately, like clockwork, when junk like this happens. Note: I care more about what I just flushed down the toilet than this, but for this one part I write this little ditty.

Minnie Spears was asked about how her being pregnant at 16 would affect the young girls who idolize her and watch her show. Clearly, Spears is an absentee when it comes to the care it takes to be a role model to children. This isn’t Britney, who was well into her adulthood when she publicly had a meltdown. Minnie Spears is 16! Her response to the questions regarding her situation’s influence on her young fans (I paraphrase):

“I think it is completely wrong to get pregnant so young. I am completely opposed to it. However, my own situation requires me to think differently about the issue.”

It would be mere futility to try and make any sense out of this and then to properly ridicule the hypocrisy of this statement. So, I will leave it for you to digest. One more sign that cell phones should not be used while having sex (or while naked at all!) 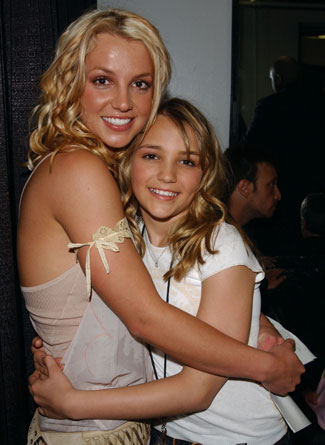 Please note that I am completely serious and not apologizing for my screwed up opinion here.  This was inspired by Britney, I will not hide, but I will try sauerkraut later this evening.  Enjoy!

I told you so, she boldly
Lies before her fans now cold and moldy
Makeup artists making their last stand
A swan song for the ugly duckling
She didn’t ever care who she was fuckling
So now why should we care now that she’s dead and gone
I rue the day that these shallow blondes who are propped up
By fanfare and media throngs
Become the woman’s idea of an empowered femme
Little growing girlies way to small to flaunt their
Short and curlies, same to me as little common slutttt

The trash we love and the glitter we praise
Has a leader who’s so toxic she’ll soon autograph her grave
And when she’s dead she’ll beat this eager press that turned against her
And she’ll die into legend, like a soft bed of relief afloat in silken water
She’s so dead, can’t you see?  I think you see just fine.
You just choose to be simple, boring, and blind.

But I think we know we’ve hit a new low
With the new pop slut superstar glow
When we see that now children and their parents are hurt
By the influence of intoxicating, glittering dirt
And the desire of teenies to do just the same
As what their favorite stars sell them tattooed with their name.

From heretoforth let it be clear
She’s so dead just a walking veneer
Of all that will embarrass us and shame us
In retrospect, a future to be lived

After she’s dead so maybe we can
Start over again..

nakedEric Image of the Day

Error: Twitter did not respond. Please wait a few minutes and refresh this page.